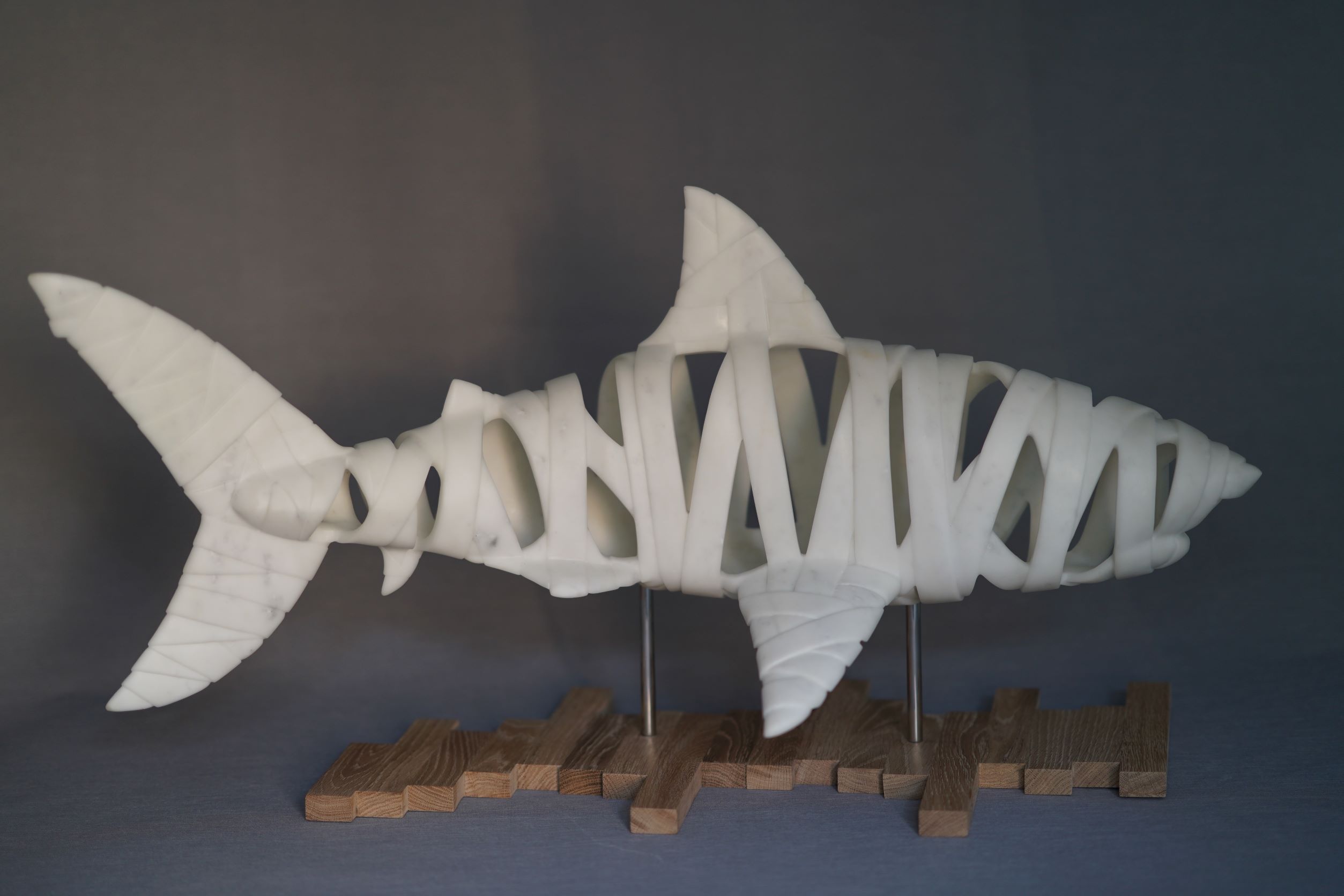 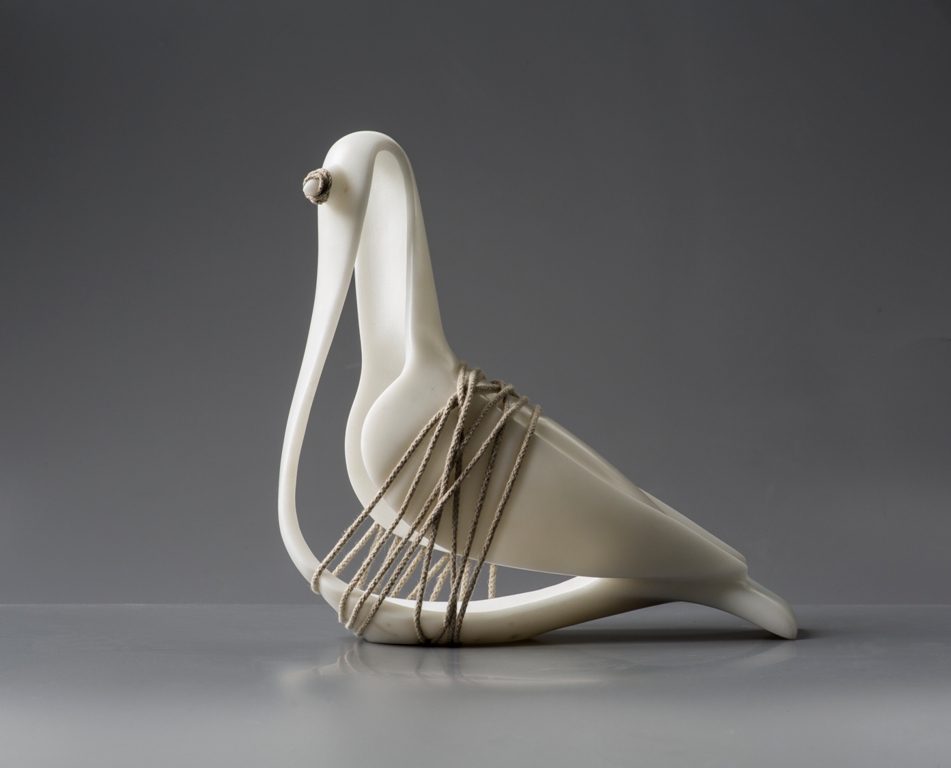 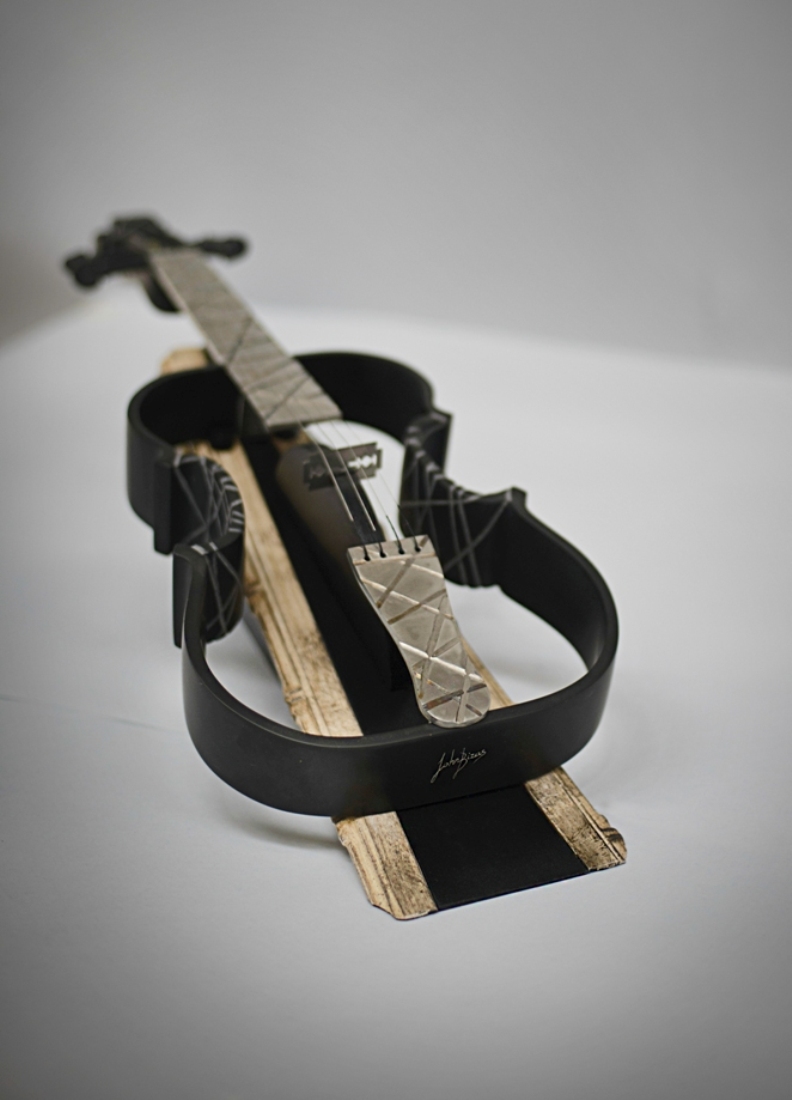 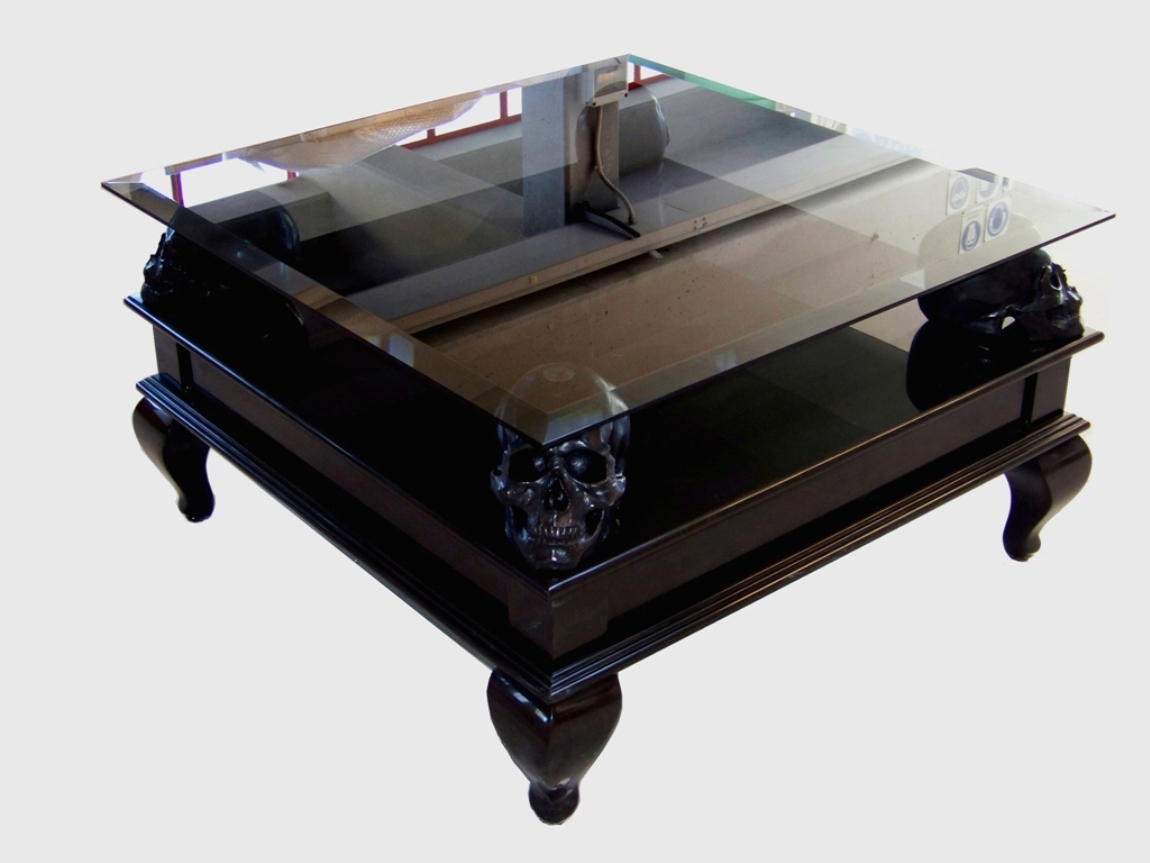 There is a perplexity with a conceptual ambition in his works, which combines sleekness with fragility and the use of vacuum as an important area of work with the realistic representation of the wound. Especially regarding the management of sculptural space, the gap with the way the use makes the route of liquidity, but not of relativity: is the instrument that causes the certainties, raising questions, particularly for major issues that grapples, which abide by the dimension of the 'raw' and 'cooked' as set by Levi Strauss, imprinted onto his sharks. Thus, he restores meanings and values of an European heritage at large. A not so faraway relation to those found in “pseudo-sculptures” of Pino Pascali, a great, prematurely lost Italian artist, already present from the 60s version of a painting in three-dimensional canvases of various shapes, which withdraw anatomical elements, elements of nature, animals, etc. If Pascali's Arte Povera refutes poetic reality, often recalling contradictions of the (war) games, with which grew an entire postwar generation of artists, the development of the specifying feature of Giannis Bizas founded on similar humanistic values and practices: even though the war is now another form, the emergence of human existence as a vulnerability Treaty is in any case requested

Director of the Macedonian Museum of Contemporary Art